Snapshots from Home on our 94th Anniversary

We celebrated our 94th anniversary on July 22 commemorating the date when my grandparents brought their young family to Geyserville to start a new life. If you have been reading my notes you might know almost everything there is about the winery’s history. These snapshots from home are a refresher for those in the know and a history lesson for those who don’t. 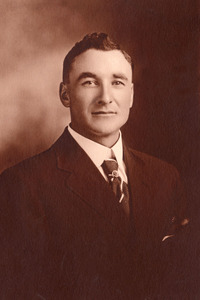 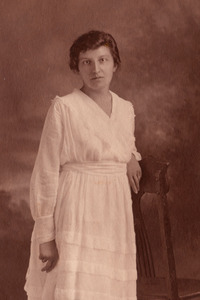 Wineries weren’t a new idea when my grandparents, Giovanni and Julia Pedroncelli (pictured above) bought the property at 1220 Canyon Road in 1927. While they purchased 90 acres which included a home, 25 acres of grapes and a shuttered winery it was still Prohibition throughout the nation. This dry time in our history would take a few more years before ending. Prior to 1919, when the 19th Amendment was voted in, there had been a burgeoning wine business in Dry Creek Valley with nearly 20 wineries established up and down the valley. Grape growing and winemaking began in the 1850s and gathered steam as Italian immigrants made their way to the area after being attracted by the Gold Rush and the push west. About a half a million gallons of wine were made in the final year before Prohibition and closing down wineries made it difficult for many families to wait it out. 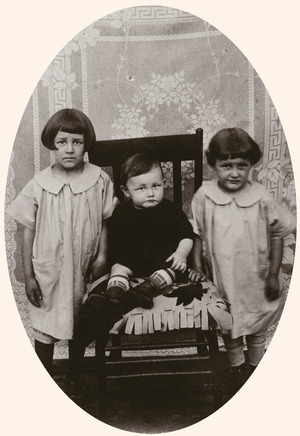 These three ‘kids’ (above) were Margaret, John and Marianne, who arrived with their parents in 1927.

The family who sold to my grandparents, the Canatas, built their winery in 1905 or thereabouts. The original winery, set up to make 50,000 gallons, was put in place to make wine for the family’s store in North Beach, San Francisco. Imagine, wine made from our property has been enjoyed by generations of San Franciscans! The Canatas were related to another local wine family, the Foppianos, and by the time they put their property up for sale the bottom had fallen out on wine grape sales and there was no end in sight of Prohibition. And my grandparents began their own legacy. 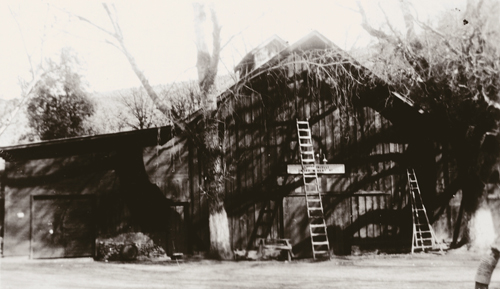 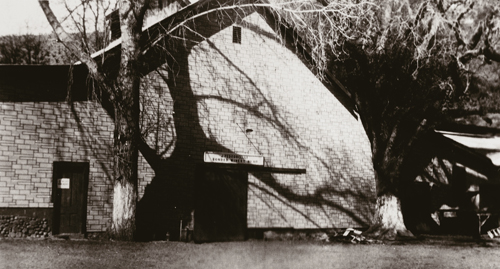 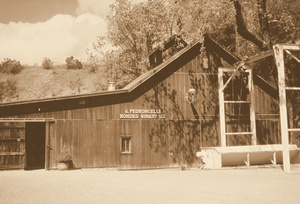 The winery façade has changed somewhat over the years, as shown in the three photos above. The shape of the building remains the same from that original barn structure—iconic for us as this is the heart of the cellar. As the winery expanded more buildings were added with the last, our barrel room and tasting room, completed by 1987. 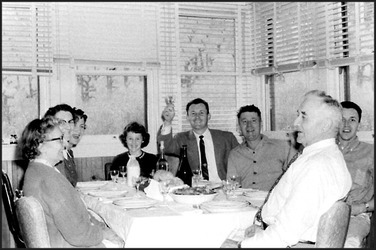 This is one of my favorite family photos (above). It is from the 1950s. I have very few group shots of the first and second generations and there’s a bonus in this one as my cousin Carol represents the third generation. The second photo (below) features my uncle John and dad Jim in a photo taken in the 1970s in the first generation of our Mother Clone Zinfandel vineyard. Having snapshots of these times in their lives when they were on the brink of success as a second generation business is very precious to me. 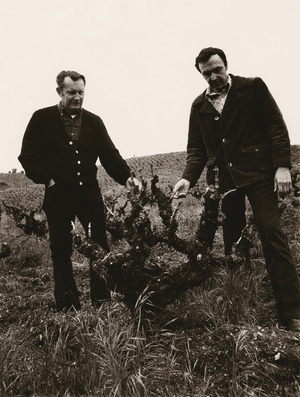 The hills remain the same even though we began replanting in the early 1980s on the Home Ranch. Our vineyards have survived more than a few droughts, lots of rainy seasons, the pandemic and some recessions and boom times. 9 decades helped us find which grape does best in which block. From the first Zinfandel to the latest planting of Petite Sirah we have 11 varieties thriving on our estate vineyards. A testament to what my grandparents began when they purchased the property so long ago.