Every Day Should Be National Zinfandel Day

We are looking forward to celebrating National Zinfandel Day on November 17. I put together a retrospective on this flagship grape and the lineage it has at Pedroncelli and in Dry Creek Valley. Our family’s legacy has been intertwined with this variety for 94 years.

The first family who owned the property, the Canatas, were the first to plant Zinfandel here. They built a small winery and made the wine for their store in North Beach, San Francisco. They operated from about 1906 to 1919 when Prohibition put a halt to all winemaking and began a 14 year moratorium on commercial winemaking. There was hope however for this family-they were able to sell grapes to head of households who obtained a federal permit and could make up to 200 gallons of wine (that’s about 84 cases). Needless to say there was a high demand in the early years of the dry time but soon the bottom dropped out of the grape market.

My grandparents bought the distressed property from the family in 1927 by putting together a Veteran’s loan and cash for a total of $11,000. The 90 acres of land had a thriving 25 acres of Zinfandel and a home for Giovanni, Julie and their children. They continued to farm the grapes and sell them to home winemakers. I imagine my grandfather, who was not a winemaker at the time of the purchase, had the next 7 years to learn and hone his craft.

Enter Repeal and the beginning of Zinfandel as our focus wine, since it was the main variety planted at the time. Blends were the common way to make wine It remained so until the 1940s when expansion of vineyard began and we branched out. In 1948 we first used Zinfandel on the label instead of Claret. By the 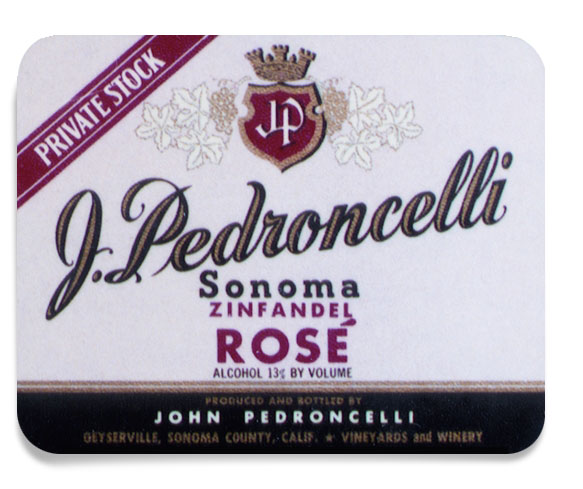 1950s we were making a Rose out of Zinfandel (and continue to make it after more than 65 vintages).
The ensuing years brought many changes to the market but we continued with our focus on this flagship wine. The Renaissance of wine in Sonoma County began in the 1970s and the grape of choice for Dry Creek Valley became Zinfandel with Cabernet close on its heels. Today half of all Zinfandel planted in Sonoma County is in Dry Creek Valley-2500 acres.

Replanting of our Mother vineyard on the Home Ranch began in 1980 and took about 5 years. The blocks were cloned back into place with St. George rootstock, same vine spacing, head-pruned (or goblet shape) using budwood from our own and also sourced from neighbors.

The 1990s brought a change in how we shaped our portfolio and we went from a main Zinfandel bottling to introducing our Mother Clone and Pedroni-Bushnell Vineyard selections. This highlighted specific vineyards 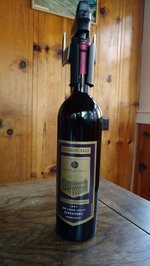 and styles. Our Mother Clone Zin carries the long tradition of blending Petite Sirah to bring structure and depth-going back decades as our house style. Our Pedroni-Bushnell honored three generations of family ownership beginning with my grandfather who owned the property and then sold it to his daughter Margaret and son-in-law Al Pedroni. Daughter Carol Bushnell and husband Jim took the reins in 1992. Today we simplified the name to Bushnell and it is a specially selected block that brings true spice and berry to your glass.

Steady as she goes defined the first 15 years of the 21st century. In 2016 winemaker Montse Reece assessed the 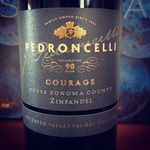 excellent fruit from the Faloni Ranch, a 3 generation grape growing family, and wanted to make another single vineyard. Named Courage, as in it takes a lot of courage to not only farm Zinfandel but to make it as well.  At about this time a portion of the Home Ranch was replanted with the Rockpile Clone which has a history of doing well on hillsides. We dedicated the vineyard at our 90th Anniversary Celebration in 2017. For now the fruit is part of the Mother Clone blend. We'll see where the future takes us as we refine and perhaps redefine Zinfandel.

This lineage which has wound its’ way throughout the history of Pedroncelli is one we can be proud of and share with our friends. On National Zinfandel Day raise a toast and, as I said in the subject line, every day should be a celebration of America’s grape.