Note from Home: It's Always Something 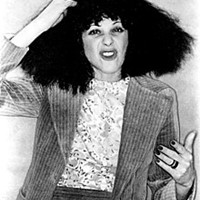 Roseanne Roseannadanna was one of my favorite Gilda Radner characters from Saturday Night Live. I thought this quote fits these times. Wearing masks and keeping 6 feet apart while picking grapes during the threat of evacuation-'it’s always something'.

The good news is our first week is complete, the 93rd vintage for us. The evacuation orders were lifted and our hardworking crew was able to bring in our Sauvignon Blanc fruit and start Vintage 2020. The weather cooperated by bringing cooling fog and relief to our little corner of the world-helping everyone from the vineyard crew picking grapes to the first responders working to contain the Walbridge Fire that is several miles to the west.

Thank you to everyone who reached out to us knowing the fire was nearby. Your notes and phone calls mean so much. While it is west of us the authorities were cautious in calling for an evacuation which was then downgraded to a warning and lifted on Tuesday when the weather cooled down. Because of the break in the heat the dedicated first responders were able to begin containment. It is times like these that I am thankful for all the information received from our neighbors, from Supervisor James Gore (who is our man on the ground every time we have an emergency) as well as our community at large in northern Sonoma County.

The word of the day is perspective. Seeing things through the last few decades brings things into focus. I thought I would put together some notes and comments about past vintages with the memorable, the nail-biters and the calm, cool and collected harvest years.

Pick dates: The earliest we ever picked grapes was in 2014 on August 12 following a drought year as well as a warm growing season-we finished the earliest ever that year as well and were done by the third week of September. Early harvests were also experienced in 1981,1988, and 1996. Latest pick dates are part of the history as well with 1999 and 1975 standing out among them because of the cool harvest weather.

Speaking of rain: Precipitation came into the picture in 1989-while this wasn’t the first time during harvest it was memorable because of the hype around it-there were less wineries and wine press in the 1960s and 1970s and rain almost always made an appearance before the last grapes were in to the crushpad. This vintage it came during mid-September and we were experiencing one of the larger crops growers had seen lately. Many believed it ruined the vintage. We made our first and only late harvest Johannisberg Riesling from our estate vineyard-making lemonade from lemons! Another memorable year was 2010 which had early October rain that halted harvest until the vineyard dried out-with Cabernet Sauvignon still waiting to be harvested. It was called ‘a European’ vintage because it gave red wines cool climate characteristics.

Heat: 2010 had the honor of being a double whammy vintage. A heat spike at the end of August caught us unaware and we lost 40% of our Zinfandel. The year had already been a cool and slow growing season and we, like many of the other growers in the valley, had pulled leaves in order to help ripen the grapes as much as possible. I remember this was also the first time we paid the vineyard crew by the hour rather than by the bucket-they had to pick around the bunches that had turned to raisins. Heat spikes in 2017 came along and moved things at a rapid pace as well as 2004 as mentioned above.

It is the vintages without any problems that almost go unnoticed. These are the textbook perfect growing seasons followed by a harvest with no rain, heat spikes or other challenges like drought. Nothing to write about, kind of boring. 2018 & 2019 are among those going down as the easiest of vintages. Both years developed nicely and words like ‘even handed’ ‘steady’ and ‘uneventful’ were bandied about. Montse declared 2018 her favorite of the 11 vintages she had seen at the winery. 1978, 1985, 2007 all created great wines without many challenges.

We are farmers after all, as I mentioned in a prior post, and harvest tells the tale of the season. Our wines tell the story of the vintage-some are eloquent, some are quiet, some are brassy, and some are just right.

Credit where credit is due:
The vintage information is all with help from man named Bruce Cass, who passed away in 2016 but ran the Wine Lab and taught wine classes at Stanford among other roles. The information I collected in 2012 from his now defunct website with information on California vintages from 1970 to 2011 is a treasure trove of facts and great opinions on the vintages from a man who shared his vast knowledge.