We have been growing Zinfandel on our property since the turn of the 20th century when a 25 acre vineyard was established before my grandparents bought the property mid-Prohibition. Some of these vines are still around and continue to produce grapes. Since it is National Zinfandel Day I’ll share what I have of the first years of Zinfandel (aka Zinfandal, Zeinfindall, Black St. Peters and a host of other names).

The rest, as they say, is zinstory. Even though Prohibition came along and many vineyards were pulled up for other crops, we continued to sell grapes until the U.S. saw the light and Repeal came along. After all, over 2500 acres of Zinfandel in the smallest major appellation in Sonoma County can't be wrong. A toast with Zinfandel in my Dino to this singular grape! 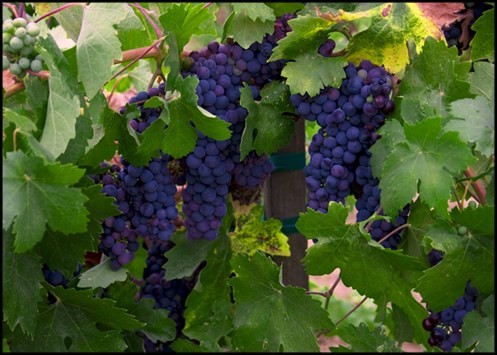